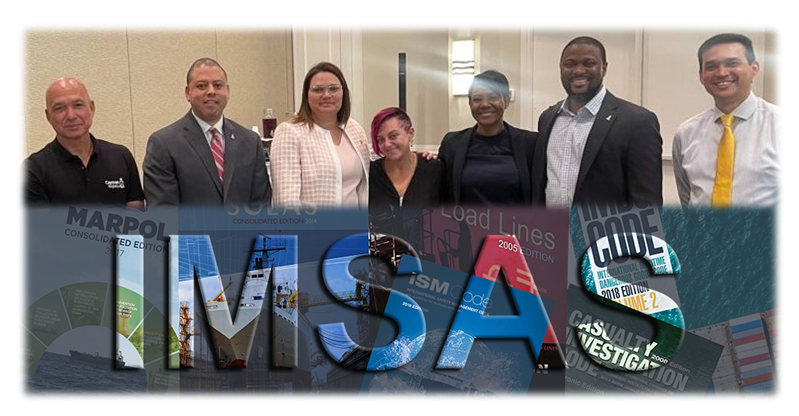 The International Maritime Organisation (IMO) Instruments Implementation (III) Code forms the basis for the IMO Member State Audit Scheme (IMSAS) for all member states that have acceded to the conventions. In the case of the Cayman Islands, these have been extended by the UK as the ratifying member state.

The objective of the IMSAS is to provide one mandatory audit scheme for assessing member states’ capability and resources to satisfy obligations under the international conventions and instruments relevant to helping preserve the safety and security of life, property, and the marine environment.  By standardizing procedures, the III Code enables IMO member states to evaluate their compliance with international obligations.

The Cayman Islands has earned significant global recognition through a vested interest in implementing and enforcing the conventions of the IMO. The NMSIIICC Working Group was appointed by Cabinet in 2019 as the coordinating body responsible for ensuring that the Cayman Islands Maritime Administration complies with the IMO III Code and brings together stakeholders from a cross section of key government entities who have responsibility for enforcing IMO’s conventions and instruments as they relate to Flag State, Coastal State and Port State.

Since its formation, the stucture and oversight provided by the NMSIIICC Working Group has enabled representatives of these entities to work collaboratively on a variety of activities that are required to achieve compliance in preparation for the III Code audit in October. The Audit will be conducted remotely by auditors based in the UK, including Officers of other Maritime Adminstrations, Senior Staff from the United States Coast Guard, a Maritime Lawyer from the Thai Embassy in London, and a Senior Member of the IMO Secretariat.

In his opening remarks, the Hon. André Ebanks, MP, Minister of Financial Services and Commerce, announced that development of a plan to establish a National Maritime Affairs Secretariat had begun. “The Secretariat will be the focal point for all initiatives and other matters within the maritime domain.” He continued, “The short- and long-term benefits that the Secretariat will bring include the coordination of responses to any audit findings, and future initiatives that will help us achieve sustainable use of the oceans for economic growth, improved livelihoods, jobs and ocean health.”

Attendees to the RoundTable were taken through the remote audit process and what to expect. They were provided with tips and advice on how to best prepare, including how IMO Conventions impact jobs across the different states and ensuring that the auditees assigned to participate in the audit are well versed in the area they are representing. Attendees were reminded that the objective of the audit is to gather sufficient evidence to demonstrate compliance.

Addressing the Cayman Islands position of readiness for the October Audit, Tannya Mortimer, Single Point of Contact for the NMSIIICC Working Group, shared an update on the status of the findings raised by the UK Maritime Coastguard Agency (MCA) during the Mock IIIC Audit in 2019. She presented a summary of the corrective actions implemented to date as well as those in prrogress that require completion.

In addition to the Mock Audit III Code update, participants were given an overview on the NMSIIICC Working Group Internal Audit progress as it related to the work being undertaken with the various agencies on the functions they performed as a Coastal State.

Cabinet Secretary Samuel Rose closed the meeting stating “What the Working Group has been able to achieve in such a short period of time has been tremendous. I would like to thank and  recognize the efforts of all the participants who have been involved. It has been a pleasure working with each of you and seeing how this has evolved into the Cayman Islands Mariritme Administration.” He continued “I am grateful to the MACI team who understood the depth of what we were embarking on. They led and encouraged us every step of the way.”

Mr Rose went on to thank Mr Walton for his vision and dedication to in helping create the Cayman Islands Maritime Administration in which “each of us has a role to play. As we move into the audit, let us not look at this as the end. We have to keep the momentum moving forward.”

The III Code Audit will be conducted over 11 working days on UK time comencing on 7 October 2021.