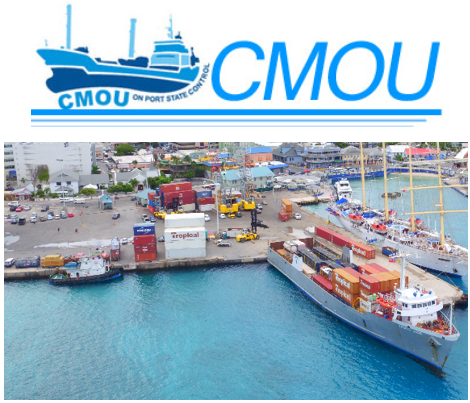 The two day meeting allowed for the Caribbean Region’s Member States to come together and discuss regional and international Port State Control (PSC) activities in order to meet the needs of keeping the CMOU functioning properly. Under the CMOU, Member Countries have agreed to adopt a common approach to conducting PSC inspections, and to share information on ships they have inspected. The Caribbean MOU ensures that PSC is a level playing field for foreign ships visiting our region.

The Cayman Islands is a Member State of the Caribbean MOU for PSC, which has a membership of twenty countries. PSC is globally recognized as an effective tool to reduce the number of sub-standard ships operating on the seas. It is a second line of defense that helps to preserve the safety and security of life, property and the marine environment, as some flag State Administrations fail to effectively enforce the implementation of international agreements on vessels flying their flags.

PSC is the inspection of foreign flagged ships that call into national ports, and it is conducted by maritime authorities around the world. Under the Caribbean MOU on PSC, the Cayman Registry helps to ensure that requirements are met for safety, security, and prevention from pollution of foreign ships visiting the Cayman Islands. If not, the Cayman Islands as the Port State, has a duty to take steps to minimize the risks to the ship, the crew on board and the marine environment. They may even detain the ship if it is found to be sufficiently non-compliant.

Mr. Joel Walton, CEO of the Maritime Authorrity of the Cayman Islands, was re-elected as Vice Chair for the CPSCC for a further 3 year term. “I am honoured to have been re-elected as Vice-Chair for such an important regional body; a body which seeks to protect the Caribbean region from pollutants through the reduction of the number of substandard ships,” he commented. “In addition, the Caribbean MOU ensures that the seafarers operating these ships are appropriately trained and qualified to do so, and receive fair and equitable treatment. I am pleased with the continued growth of the Caribbean PSC , and proud that we actively participate in its continued developments.”

The Committee unanimously approved the funding and implementation of a technical cooperation programme for the Member States in a effort to increase the institutional strengthening within the region. The Cayman Islands will be hosting the Technical Seminar in 2022.

The Technical Standing Working Group (TSWG) of the CMOU has been tasked to review the Code of Safety for Small Commercial Vessels - SCV Code 2021, the inclusion of new International Maritime Organisation’s (IMO) requirements and guidelines in the PSC Manual, and the review of the guidelines for the Ballast Water Management (BWM) Convention.

The CMOU is currently undertaking a Concentrated Inspection Campaign (CIC) on BWM which the Cayman Islands is co-ordinating. The BWM Convention (full name International Convention for the Control and Management of Ships' Ballast Water and Sediments, 2004) is a treaty adopted by the IMO in order to help prevent the spread of potentially harmful aquatic organisms and pathogens in ships' ballast water.

Under the convention, ships must manage their ballast water so that aquatic organisms and pathogens are removed or rendered harmless before the ballast water is released into a new location. This helps to prevent the spread of invasive species as well as potentially harmful pathogens.

Members were given the opportunity to inform on matters related to COVID-19. In general, Member States advised on the precautions that they are taking with respect to the physical inspections of vessels entering their ports, along with the measures that they are implementing to facilitate the exchange of crew. Member States all reported that due to the ongoing lockdowns in many of the jurisdictions, inspections had only just resumed in some countries, with others still unable to inspect vessels at this time.

Mr. Michel Amafo, re-elected as Chair of the CMOU for a further 3 year term, stated that it was heartening to see so many Member States and Regional MOUs participating in the meeting and that there is a restart of PSC Inspections in most Member Administrations.